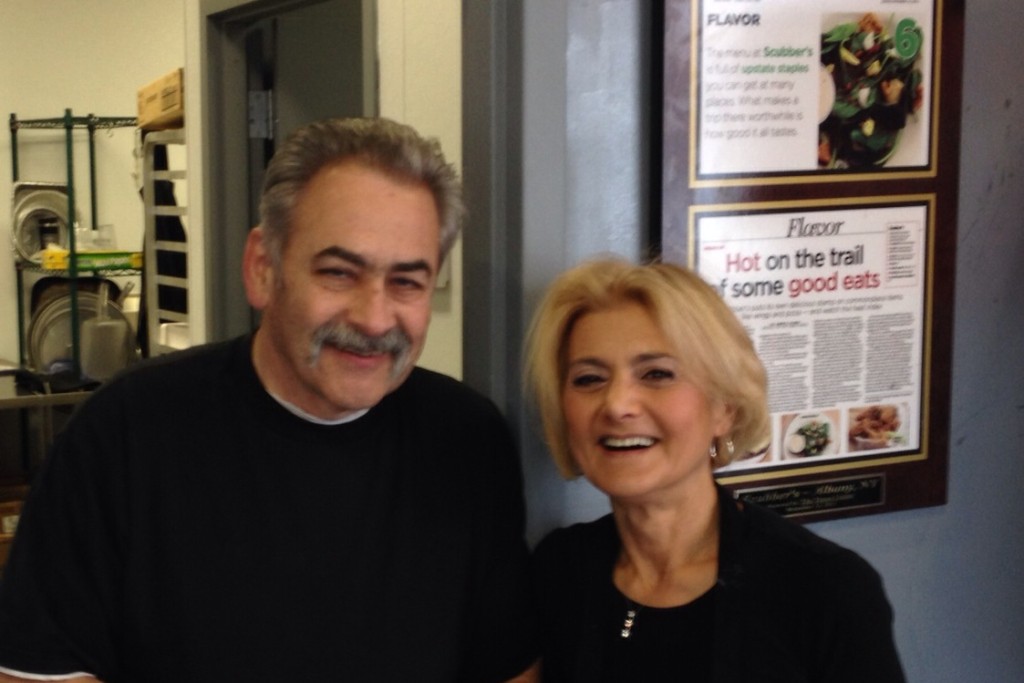 Scubber’s has been a family owned and operated business in the Capital Region since 1979. Starting out on River Street in Troy, Scubber’s built their reputation for having wings with a unique flavor and intense hotness. In the early 1990’s due to their great success Scubber’s opened a second location in the Newton Plaza in Latham. They maintained the slogan “Scubber’s Hot Wings, Make Your Party Swing!” and operated out of the Latham location in the Newton Plaza for 21 years.

Where did the name Scubber’s come from?

As a young boy the owner’s son Bob Cietek Jr. was nicknamed Scubber by his Great Grandfather who had a way with words. Bob Jr’s family and friends still refer to him today as “Scubber”.

After a brief retirement and back by popular demand Scubber’s now 2 go! is open at 186 Wolf Rd. and knocking the doors off! Scubber’s chose to change their slogan due to the lack of parking space in their new location they focused more on a takeout menu. After a long remodeling process we were able to allow a few tables in the front of the store, but the main focus is still 2 go! The 2 in the name representing the 2nd run at Scubber’s now adding Wood Fired Pizza to their menu.

The owner’s Bob and Bernice Cietek along with their children Bob Jr (Scubber) and Stephanie are absolutely thrilled by the support of the community and their loyal customers!

“It’s like all our customers from the past 30 years called each other to talk about our reopening! It’s such a great feeling to know that your absence was missed and your presence is so greatly appreciated,” owner Bernice Cietek said.

Call by 2:00pm to ensure availability.